Some artists choose to take a serial approach to their work, following a process or systematic parameters that take precedence over the realization of the work itself. Some serial artworks are based on repeating a standard unit, like the copper plates of Erlea Maneros Zabala, while others are variations on the same theme, like the paintings of Antonio Saura, who spent decades reflecting on themes like crowds and crucifixions. Alex Katz uses seriality by repeating elements like the frame or the way they treat the figure and background, inviting spectators to focus not on the specific motifs depicted but on the pictorial experimentation reflected in the work. 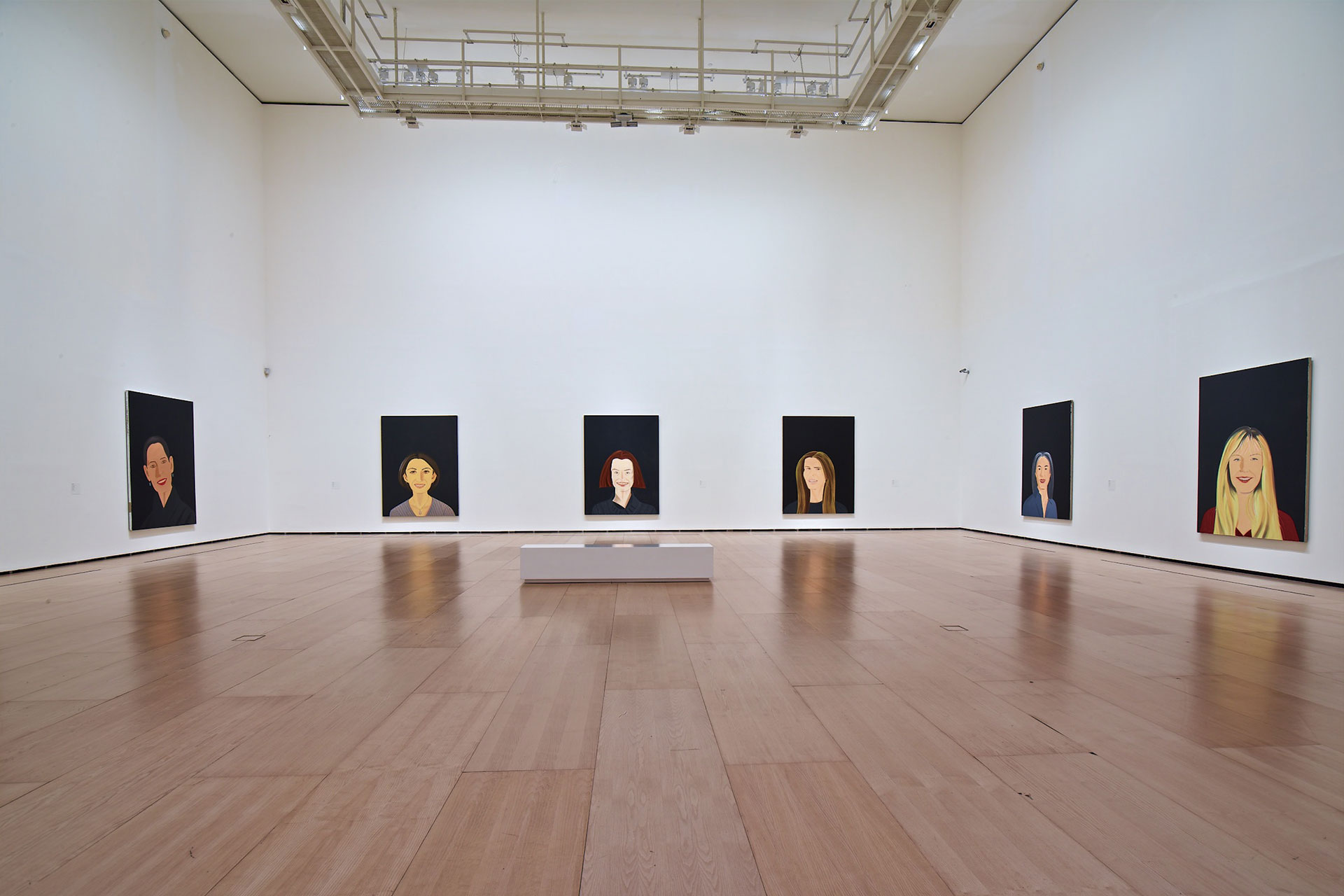 MATERIALS: oil on linen.
EFFECTS: a profound reflection on the nature of representation and the perception of images.
INSPIRATION: the artist’s closest circle (wife, friends, etc.). He also includes elements from the movies, advertising, and fashion.
ACTIONS: flattening of the surface, use of a monochrome background, repetition of the same frame, gesture, treatment.
ARTISTIC CONTEXT: Alex Katz has remained on the sidelines of different art movements which have appeared over his almost six-decade-long career, such as Abstract Expressionism, Minimalism, and Neo-Expressionism. Portraits, especially of his wife, are the core theme of the majority of his paintings, which are known for their flatness and quietness. 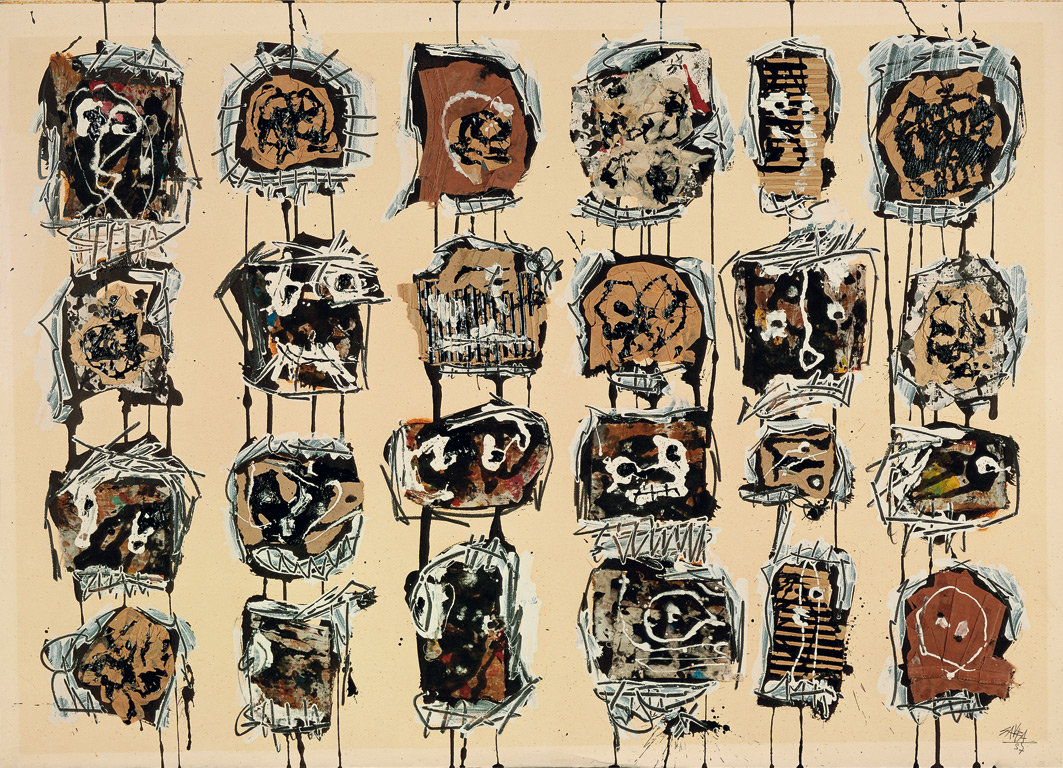 MATERIALS: oil on canvas and mixed media on paper.
EFFECTS: the very act of painting is key, unexpected and violent.
INSPIRATION: works by Diego Velázquez and Francisco de Goya, among other artists. Spanish themes and personal phantoms, such as eroticism, the female body, the past, and death.
ACTIONS: emotional reinterpretation of works from art history using a palette limited to a gray scale.
ARTISTIC CONTEXT: Art Informel, characterized by the predominance of spontaneity and gesturality in the execution of eminently abstract and existential paintings.

MATERIALS: 39 copper plates.
EFFECTS: image inversion, transformation, serialization.
INSPIRATION: Basque culture and history via the appropriation of some of its representations; use of political
and historical images.
ACTIONS: examining into the way the media interpret history.
ARTISTIC CONTEXT: Neo-Conceptualism as a claim of the end of modernism and a critique of its legacy. The notions of territory, archive, and memory are the usual tools by which Erlea Maneros Zabala casts a critical eye on how discourses are constructed today. Likewise, the artist also explores the processes by which images are produced and distributed to question notions of authorship and authenticity.