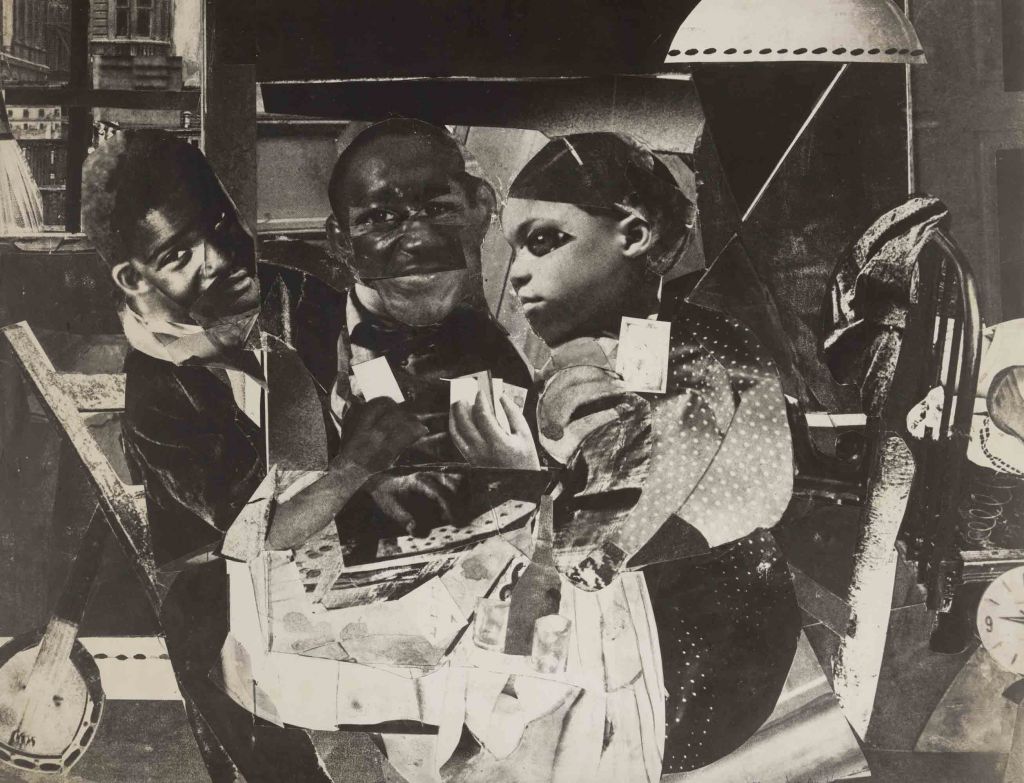 Evening 9:10, 461 Lenox Avenue (1964) depicts an interior scene in New York’s Harlem neighborhood. Influenced by growing up in New York City during the 1920s Harlem Renaissance, Romare Bearden’s work often focuses on his interest and involvement in civil rights, racial politics, and African-American life and culture in the United States. During the 1960s Bearden developed a collage-based practice that depicted the intersections of race, culture, and mass media. Here, Bearden was inspired by Diego Velázquez (The Luncheon, 1617–18) and Paul Cézanne (The Card Players, 1890–92), but reworked their compositions to speak to the urban experience of African Americans. Bearden reconstructed images to reflect the political significance of everyday life and developed a visual language that speaks to the complexity of race and politics in America during the 1960s.